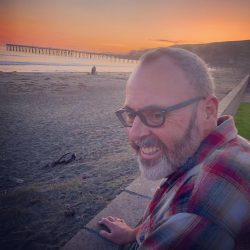 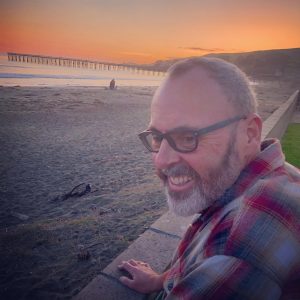 Dr. Patrick Allen Kelly died unexpectedly of sudden cardiac arrest on the evening of November 4, 2021. He was in his home in Highland Park, in Los Angeles, California at the time and was rushed to Huntington Memorial Hospital for care, but the vigilant team of EMTs and hospital staff could not save him. He was 61 years old. This loss is a shock to all who knew and loved him.

Patrick was born on an airbase in Misawa-shi, Aomori-ken, Japan on December 8,1959, to Patrick Kelly (Sr.) and Julia (Judy) Kelly. His sister, Andrea Kelly, came along four years later. 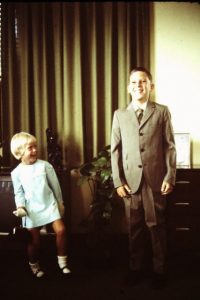 His father was in the Airforce, and they moved several times. Living at different points in Kansas, Florida, Arizona, North Dakota, Germany Montana, and California. 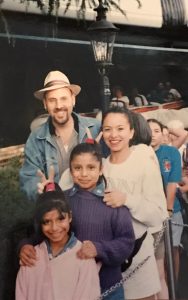 Patrick was creative, loving, and proud of his sense of style. When he was teased by his peers for wearing a turquoise necklace, he showed up the next day wearing even more jewelry. As a child he often struggled to fit in with his school mates, teachers, and community, who were at times less than kind to a sensitive, curious, and creative soul. He often said the struggles of his youth informed his choice to become a child psychologist.

He went to elementary schools on air bases all over the US and Europe, his favorite was Germany. He graduated from high school in Sidney Montana in 1977.

He loved his glamours aunt Teeb and loved to be around her and her friends or “the cool kids” as he called them. He worked for her at her fabulous gift shop, Whatever, in the early 1980s. His love for his aunt grew when she had her children Joe and Katie. Katie visited Patrick in Los Angeles several times and they shared a special kinship. 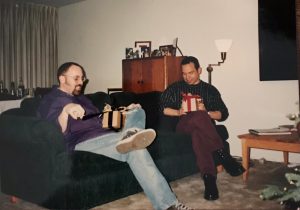 In 1984 he moved to Los Angeles, California. He studied interior design before deciding to pursue a doctorate in psychology. He met his dearest friend, Ari, in school, and they became inseparable until Ari died in 1995. The bond between Patrick and Ari’s family, the Castañón’s, was undeniable. They kept him as one of their own from that day on.

He worked at Napa Auto Parts in Montana before transferring to a Napa store in Los Angeles, where he went to pursue his higher education. He achieved his goal, earning a BA in psychology, with minors in sociology, and human sexuality from California State University, Northridge, a master’s in psychology from the California School of Psychology, and a doctorate in psychology from California School of Professional Psychology. He became a licensed psychologist in 2006. He had a strong connection to his calling to help underserved children and families.

While in school in Los Angeles, he was also a teaching and research assistant. He worked as a childcare supervisor at Children of the Night, did his practicum at AIDS Project Los Angeles, and interned at Children, Youth and Family Services Consortium and Verdugo Mental Health. He did his post doctorate at Verdugo Mental Health and went on to become a clinician and their director of training. When Verdugo was 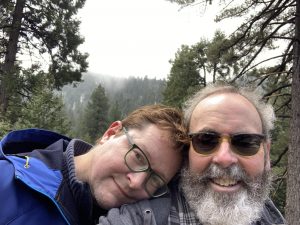 bought out by Didi Hirsch in 2011 he was hired by them and worked for them for the rest of his career. Starting out as a program coordinator, he moved up to lead clinical supervisor, and was promoted to Assistant Program Director in 2013. He was beloved by his co-workers and many of their remembrances have been added to the end of the obituary. 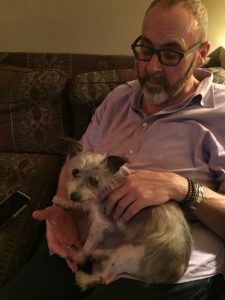 He met Darren Schroader in the fall of 2013 and they feel completely in love. They moved in together in 2014 and rescued their terrier mutt, Walt Whitman, in 2015. The happy couple were married on May 4, 2019.

He adored live music and loved singer songwriters like Patti Smith, Joan Armatrading, and Sufjan Stevens and he has a special place in his heart for The Clash’s London Calling. He loved going to shows at the Hollywood Bowl, The Greek Theater, and any number of local music halls in Los Angeles. He also loved dancing and when he wasn’t busting his moves at a wedding, or holiday or birthday party, he could occasionally be seen at Akbar in Silverlake or Precinct in Downtown LA shaking his groove thing. He loved going to the Cavern Club in the basement of Casita del Campo to see campy, exciting drag performances by Dina Martina and the drag version of The Golden Girlz. 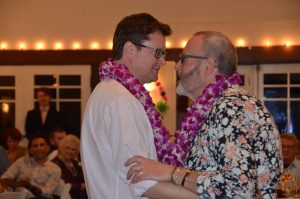 He loved the visual arts and regularly attended art museums and local are openings. He was politically active and took part in many marches and protests for women’s rights, LGBTQIA+ rights, and social justice issues like, Black Lives Matter. In 2014, when his entire apartment building was unceremoniously evicted, he became a founding member the Rodney Drive Tenants Association, who got together and sued the landlord and went on to assist and promote tenant’s rights in Los Angeles.

At the beginning of the Christmas season, near his birthday, he would always throw a tree trimming birthday party, which friends and family alike love to attend. Patrick was mad about all holidays, but he especially loved Christmas, and even though he was an atheist, he felt that Christmas could bring out the best in people. He had beautiful penmanship and loved wrapping presents and giving gifts. Nothing seemed to give him more joy than giving presents to others and he reveled in doing it. 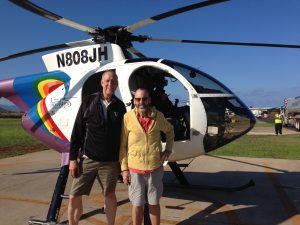 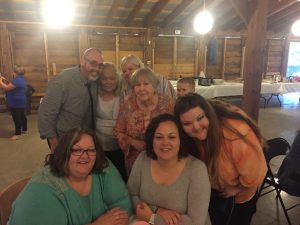 He had no children of his own, but as a child psychologist he fostered the growth and dev 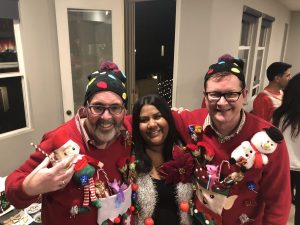 elopment of countless children, and he was the favorite uncle of all his nieces and nephews.

He was a fiercely kind and compassionate man with a wicked sense of humor and a love for life, friends, iced tea, and gardening. His loss will be felt by many for a very long time.

Per Patrick’s wishes, he was cremated and his remains with be kept by his husband in their home in Highland Park.

Services will be held on Sunday, November 21 at 5:00 PM at The Women’s Twentieth Century Club of Eagle Rock, 5105 Hermosa Ave, Los Angeles, CA 90041. In lieu of flowers, the family is asking for donations in Patrick’s name to Donor’s Choose, The Trevor Project, and Planned Parenthood.