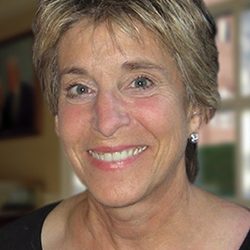 Hannah Arterian, the legal academic and administrator who held the Deanship at Syracuse University’s College of Law for 13 years, died on April 8 in Los Angeles at the age of 72. Hannah Rose Arterian was born on September 9, 1949 in Manhattan to Jacques and Celeste (Nienstedt) Arterian, and grew up in Prince’s Bay on Staten Island. She graduated magna cum laude from Elmira College with a degree in English Literature in 1970, and was inducted into Phi Beta Kappa. She received an honorary doctorate from Elmira in 2009. After college, Arterian attended University of Iowa College of Law, where she graduated with high distinction, was inducted into the Order of the Coif, and was the first woman to hold an editorial position on the Iowa Law Review. After graduation, Ms. Arterian practiced corporate tax law for the law firm of Dewey, Ballantine, Bushby, Palmer & Wood, before embarking on a remarkable career in legal academia. After teaching at the University of Iowa, Ms. Arterian joined Arizona State University’s College of Law faculty, of which she was a member for over 20 years and the first woman Associate Dean.

Ms. Arterian left Arizona in 2002 to become the Dean of Syracuse’s College of Law, a position she held for 13 years. During that time, she reshaped the faculty and, with colleagues, raised $40 million in order to construct one of nation’s premier law facilities in the heart of New York state. Ms. Arterian gave as much energy, passion, and fierce advocacy toward her family as she devoted to her career. She is survived by her sister, Susan, her four children, William, Susannah, Diana, and Corey, and her three grandchildren, Marnie, Celeste, and Helena. In lieu of flowers, please instead donate to the organizations Ms. Arterian held dear: the Fresh Air Fund, Humane Society Legislative Fund, or to your own alma mater or institution of learning. Her celebration of life will be held in the Melanie Gray Ceremonial Auditorium of Dineen Hall,?Syracuse University College of Law, 950 Irving Avenue on Sunday, May 8 at 2PM.