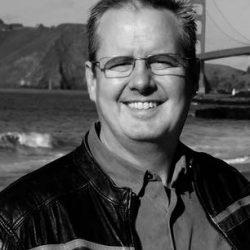 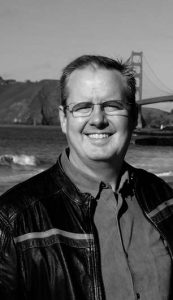 (12/21/1965 – 2/16/2022), Father, Brother, Son, Uncle and Friend
Beverley Hills, CA: Declan passed away on February 16, 2022 at the age of 56. He
was predeceased by his loving parents, Michael and Joan O’Brien and his older
brother Brendan O’Brien. He is survived by his three children: Alec O’Brien,
Aidan O’Brien, and Caitlin O’Brien; his five siblings: Maureen O’Brien Oser,
Kevin O’Brien, Sheila O’Brien, Siobhan O’Brien, and Deirdre Rosenberg; his eight
nieces and nephews: Kelsi and Jeremy Oser, Elizabeth and Therese O’Brien,
Michael and Connor O’Brien, Jared and Andrew Rosenberg and a great niece Aria
Oser.

Declan was born in Rochester, NY and he grew up in the village of Fairport, NY.
He was the youngest of seven children. His brothers and sisters all remember
when Declan was born because it was around Christmas, his father was in charge
at home and his father decided a new puppy was in order for this special event. His
brothers and sisters always credited Declan for the new puppy. Declan learned to
talk at a very early age. He loved to entertain even as a young child often giving
his opinion to the adults around him on “this or that” with a big grin on his face.
He must have kissed the Blarney Stone because he loved to tell a good tale all
throughout his life. Declan was a dreamer, a storyteller, a prankster extraordinaire
and just fun to be around. He was quick witted and a charmer. In high school he
acted in a number of high school plays and musicals and learned at an early age
that “this was what he wanted to do in life”.

Off to California he went with a couple of suitcases in hand to become an actor.
He quickly realized that he should go to college and get a degree in film and
television as a “back-up” plan. He graduated from California State Polytechnic
University at Pomona. It’s there where he met his future wife Kareen and the
mother of his three children. The entertainment industry became his profession.
He was a producer, writer, and director on various forms of media to include
movies and television productions both here in the United States and abroad. He
loved what he did for a living and was proud of his work. But the real love of his
life were his three children.

Declan often said that his best accomplishment in life was his three amazing
children – Alec, Aidan, and Caity. Every phone conversation usually started with a
story about one or all of his kids. Declan was an adventurer, so his children were
with him when he made trips to Nevada, Georgia, Florida, and New York over the
years. They were his greatest joy. Declan, along with his closest friends and
family members, have watched as his children have grown into delightful and
loving young adults. Declan was immensely proud of them.

Declan was a loyal friend. He made friends early in life and those friends stood by
him through the best times in his life and through his most difficult times. His
friends have so many stories to tell of his remarkable life. We hope that his story
and the stories about Declan will be shared over and over by his family and friends
for years to come…kind of like a movie of sorts that can be enjoyed over and over
again.

His parents now have Declan and his brother Brendan with them once again. No
doubt they are playing euchre, telling stories of their own, and keeping an eye on
all of us. Declan will be missed. He will be remembered for so many things in
life, but first and foremost for being a proud father of his three remarkable
children.