A dear friend of mine who has many years of experience in high level C-Suite management for international corporations, recently started an amazing, and ambitious project.  He started a company called Trendalo which tailors (ba-dum-pun) very specific clothing searches for women looking for exact matches for what may be trending.  It’s completely genius and exceptionally ambitious.  He said to me today “It’s kinda crazy! It’s like having a whole bunch of plates in the air at one time!” 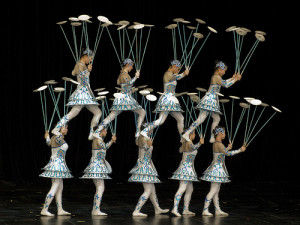 Which made me think: “Oh wow. I guess I’ve just gotten used to it.”  As my company starts to move into that phase of stability or, at the very least, longevity, I find that I’m forgetting what it feels like to be brand new.  I also feel as though I was right all along: I should be blogging/journaling the journey that I’ve embarked on.  Starting a company is incredibly rewarding, and it may be one of the few things that you do in your life that you invest your time, energy and money in, that sets you apart from most other people.  Not many people go out and start their own business, and even fewer have businesses that succeed. Because this stuff is hard!

Recently, I was asked to come speak at the Mt. Hood Mortuary Science program just outside of Portland, Oregon, and the old industry MO of playing cards close to the chest, hiding the secrets, corporate jog and deception, and general closed mouth approach was what popped to mind.  What in heaven’s name was I doing, going to tell this room full of people all of the things I have done to get Elemental started, why and how, when and where… ?! And then it dawned on me.  If more people can follow in my footsteps, have less pitfalls, and move the progressive funeral movement forward – GREAT!  The next thought I had was “Oh man, the odds of anyone biting off this much, are slim – at best”  The reality is that they were in class, so they were forced to listen to me; the truth may be a lack of motivation to become my competition.

Starting a business is simple.  The government has made it a breeze to get licenses, and the online community has put out enough general entrepreneurial guidance that anyone with an idea, $500 and a computer can start up the average business.  The barrier to entry is that the vast amount of people out there are smart enough to know that you are going to have to work four times harder for half the money and 1/8th the stability.  It isn’t the greatest bargain out there, but I will say that I love my boss, the direction of the organization is the direction I’m comfortable with, and the pride must be similar to what parents have for their growing smart little kids.  All told, it’s a pretty rewarding experience. 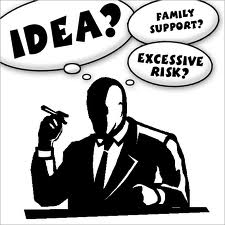 Until you have to pick up a body that’s in advanced decomposition.  That’s just a special joy that moves beyond reward.

People frequently ask a couple of questions: 1) How did you get into this business and 2) Why did you start your own funeral home?  The answer to the first question is a blog post unto itself, but the second one is germane to the topic, so I’ll tell you. I had spent years complaining to co-workers about how “If I were them, I would do it differently” or “If they were actually in this state, maybe they would understand the Seattle cremation market!”  It was the normal complaining of one employee to another about how the bosses had standard crainial-anal inversion problems.  As my tenure with that company was on an inexorable path to termination, I began to think that if you were willing to spend that much time bitching about how people don’t know your marketplace and clientele, maybe you should spend that time trying to prove them wrong by hitting their pocket-book and helping the people that they only saw as dollar signs.

There you have it.  Companies are born from the ashes of failed relationships, great ideas, hard tireless work, and a dedication to concept that only an owner can remain committed to.  And after all is said and done, you just need an idea and the willingness to work at it.  Seriously.  The rest will fall into place.